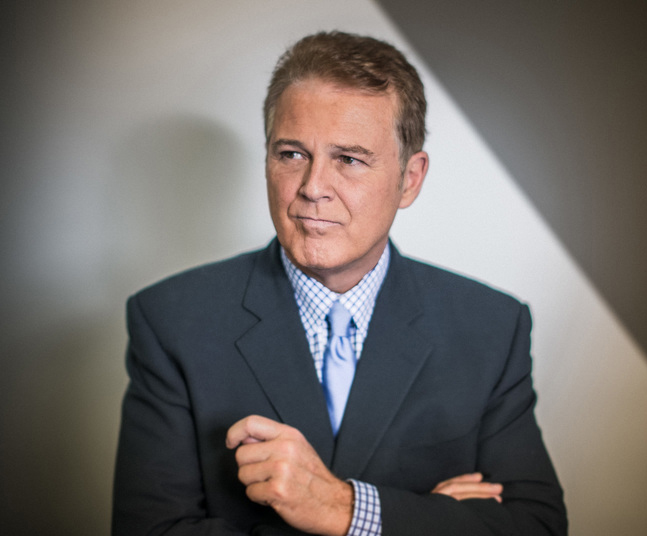 Lou Tilley is a familiar face to TV viewers in Philadelphia, Boston, New York, Baltimore, Charlotte and across the nation. His 30+ year on-air career has garnered 11 Emmy awards for excellence in reporting, programming and production.

In 2010, Lou partnered with international businessman Marty Judge, to form Lou Tilley Media, a creative content, branding and marketing agency. From concept to delivery, Lou and his team craft engaging cross-platform content created to serve each client’s vision and goals. It was a natural transition into the private sector after spending 10 years as the Executive Producer of Sports Programming, live events, and Host at the start-up regional network, CN8 (The Comcast Network) seen in 16 million homes.
Judge, an executive board member of the Maxwell Football Awards Foundation, helped LTM obtain the production and broadcast rights to the club’s annual Gala, held each year over 3 days in Atlantic City. The MFC, now produced for TV by LTM on national networks, and hosted by Lou and Suzy Kolber of ESPN, remains the passionate center of the agency. In fact, football – sports – and great storytelling, are at the core of LTM’s impressive list of clients that include: The CAFL China, The Philadelphia Soul, The AFL, Defend Your Head Sports, The Cal Ripken Baseball Group, , Ron Jaworski Enterprises, The Judge Group, 1406 Financial Group, Oceans Zero LLC. and more. “I’ve always been an effective story teller. Now, I develop my client’s unique stories, their messaging and goals and deliver them in much the same way I would roll out a major news story. LTM employs “Three E’s” in every project: education, engagement and enterprise. They are not mutually exclusive,” says Lou from his office along the banks of the Schuylkill River in Conshohocken, PA, not far from the central Philadelphia row home where he was raised.

In 2012, LTM planted its flag in China, establishing offices in Beijing, leading the media and marketing arm of Marty Judge’s dream venture, the China Arena Football League. “This is a blank canvas for LTM. The Chinese market is ready for western style sports, for football, and my job is – you guessed it – to educate, engage and make it work for our shared enterprise.” LTM is developing engaging content, streaming delivery systems aimed at China’s massive mobile device audience, in-arena visual entertainment packages, and special fan apps reflecting sponsor driven demographics.

LTM has also produced and delivered regional and national broadcasts for the AFL (Arena Football League) in the U.S. since 2011, together with partners Ron Jaworski and Dick Vermeil. Lou continues his career on-air as well as the play by play voice of the AFL, as well as regional college football and basketball events produced by LTM and others.